The talented Actors who brought our Writers' ideas to life ... 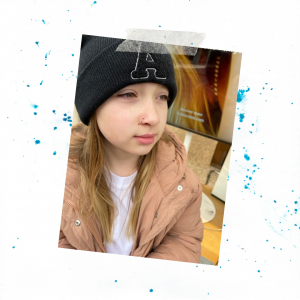 Amelia is 10, and part of the Reach performers drama group based in Lincoln. Here she gets to be part of musical and acting, filmed and recorded performances ranging from voice recordings to full theatrical shows.

This is only the second voice works Amelia has undertaken and she is loving every piece she does.

Shes an easy going girl who just loves to perform. 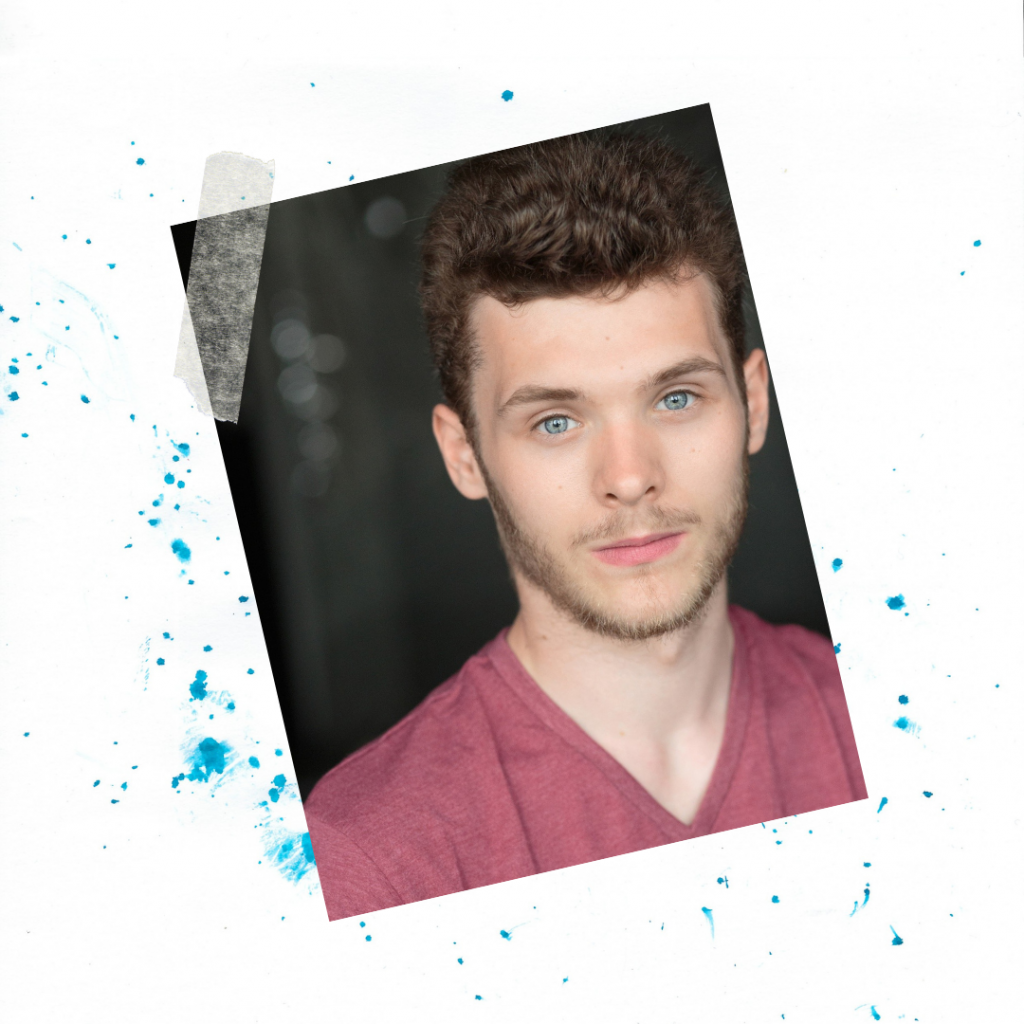 Credits include Blood Brothers (UK Tour) This Island’s Mine (published by Oberon Books) All or Nothing (West End) Let it Be (UK Tour) Sleeping Beauty. More recently he has worked with NYC based theatre company PigPen. Vocal credits include Everyone’s Talking About Jamie, A Theory of Justice: The Musical. London and West End workshops include When The Lights Come Up, A Theory of Justice: The musical, Cold Front, A Month of Sundays. Other credits include A Midsummer Night’s Dream, Grand Hotel, Living Quarters, Lockhart, Fall of ’94, Floyd Collins.

Connor was born and raised in Louth and back home for a little while due to the pandemic. He is very happy to be a part of the ‘Audio Tales’ project and to be a part of something right on his doorstep. 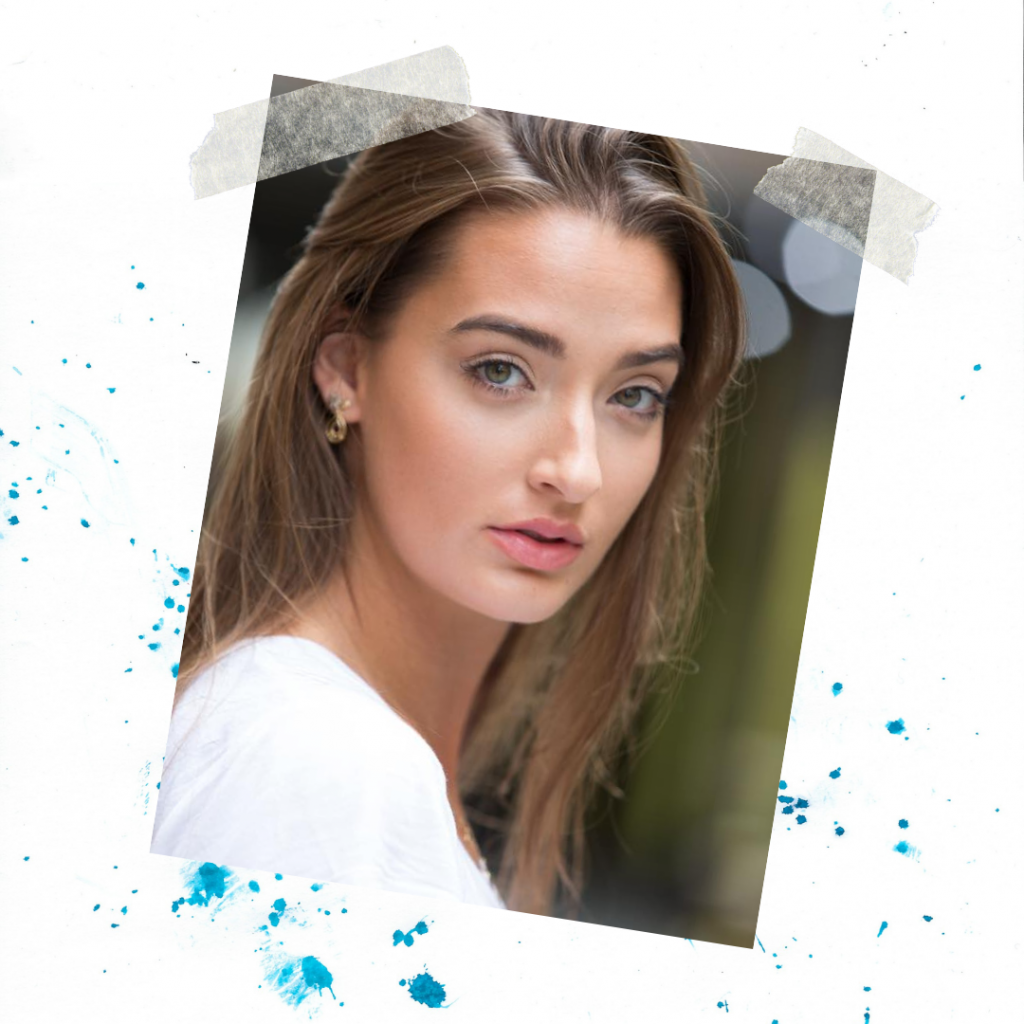 Felicity Donnelly is an actress, facilitator and theatre maker based in the East Midlands.

Felicity specialises in physical theatre and working with younger audiences, devising and touring shows to theatres, schools and festivals across the UK.

She has worked with a range of theatre companies including Stand By Theatre Company, Zest Theatre, Under the Bed Theatre, Rand Farm Park and Bleeding Edge Theatre and is currently on her third national tour with Rhubarb Theatre.

Felicity is passionate about her range of freelance work; from music videos, audio and screen to community and grass roots. 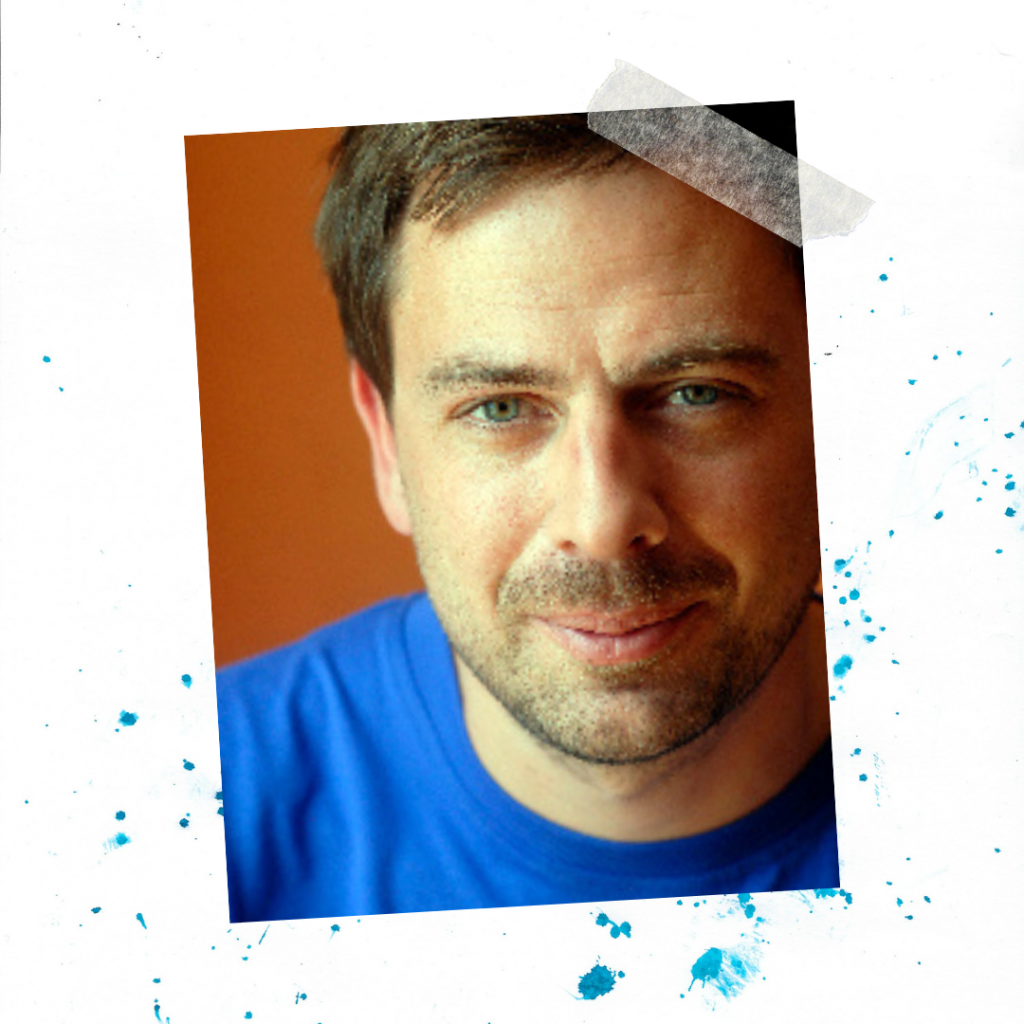 Ian Pringle is an Actor, Facilitator, Director and Audio Producer.

Ian worked for the award winning Geese Theatre company and toured with them from 2005 – 2010. In 2010 Ian founded Face Up Theatre.

Since 2018 Ian has been developing his work as a Voice Actor and Audio producer. He has recorded over 30 Audiobooks and has produced podcasts and audio dramas. Ian is also a keen field recordist and loves getting out and about with a microphone to record soundscapes both man made and natural. 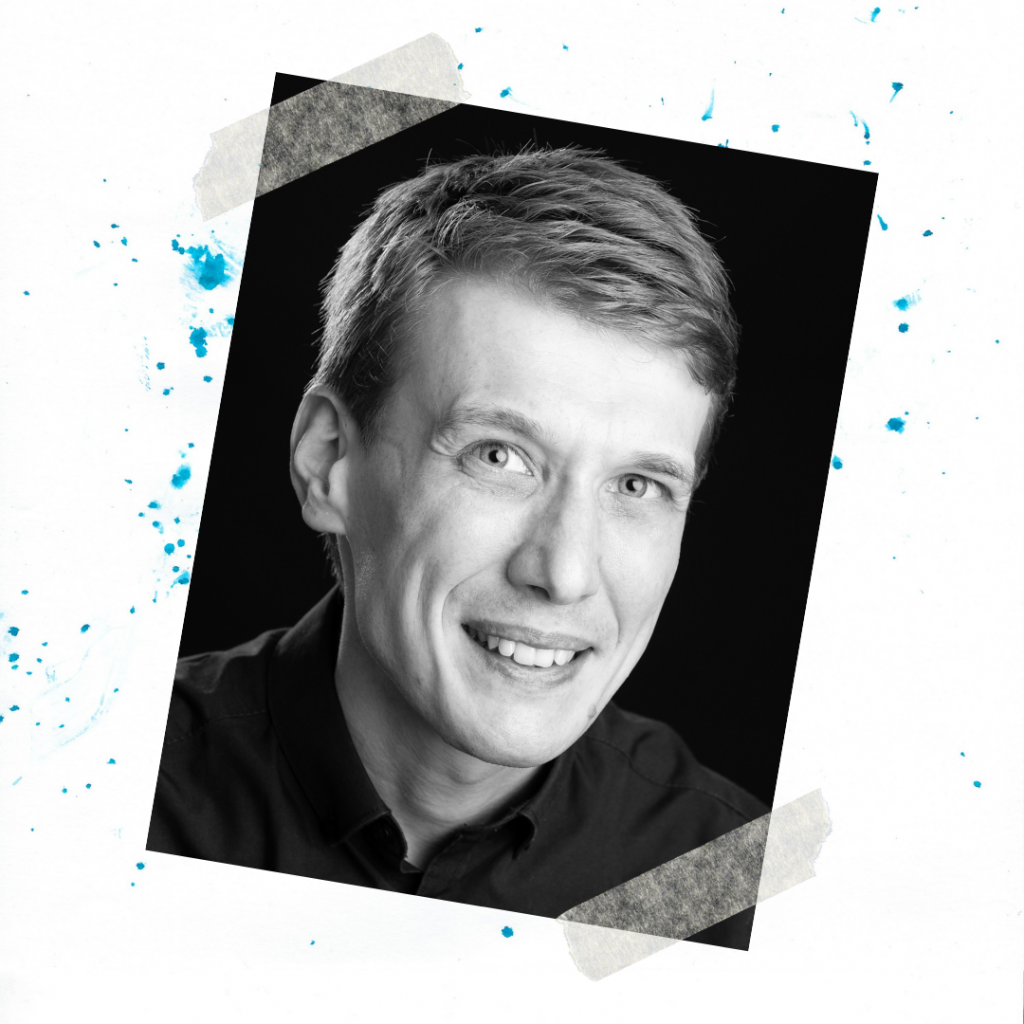 Jake first got the acting bug appearing in student theatre whilst studying History and Politics at the University of Durham. He has been a member of Scunthorpe-based amateur dramatics group The Hospital Players since 2008, appearing in over 25 plays at the town’s Plowright Theatre.

He works in Scunthorpe as a Civil Servant but has recently begun to undertake professional acting work. He has appeared with Tony Peers Productions in 3 consecutive pantomimes at Scunthorpe’s Baths Hall: Jack and the Beanstalk(2018),Aladdin(2019) and Dick Whittington (2021). Last year he appeared in 2 outdoor productions with Jamie Marcus Productions at The Lawn, Lincoln: as Badger in The Wind in the Willows and Starveling in A Midsummer Night’s Dream. 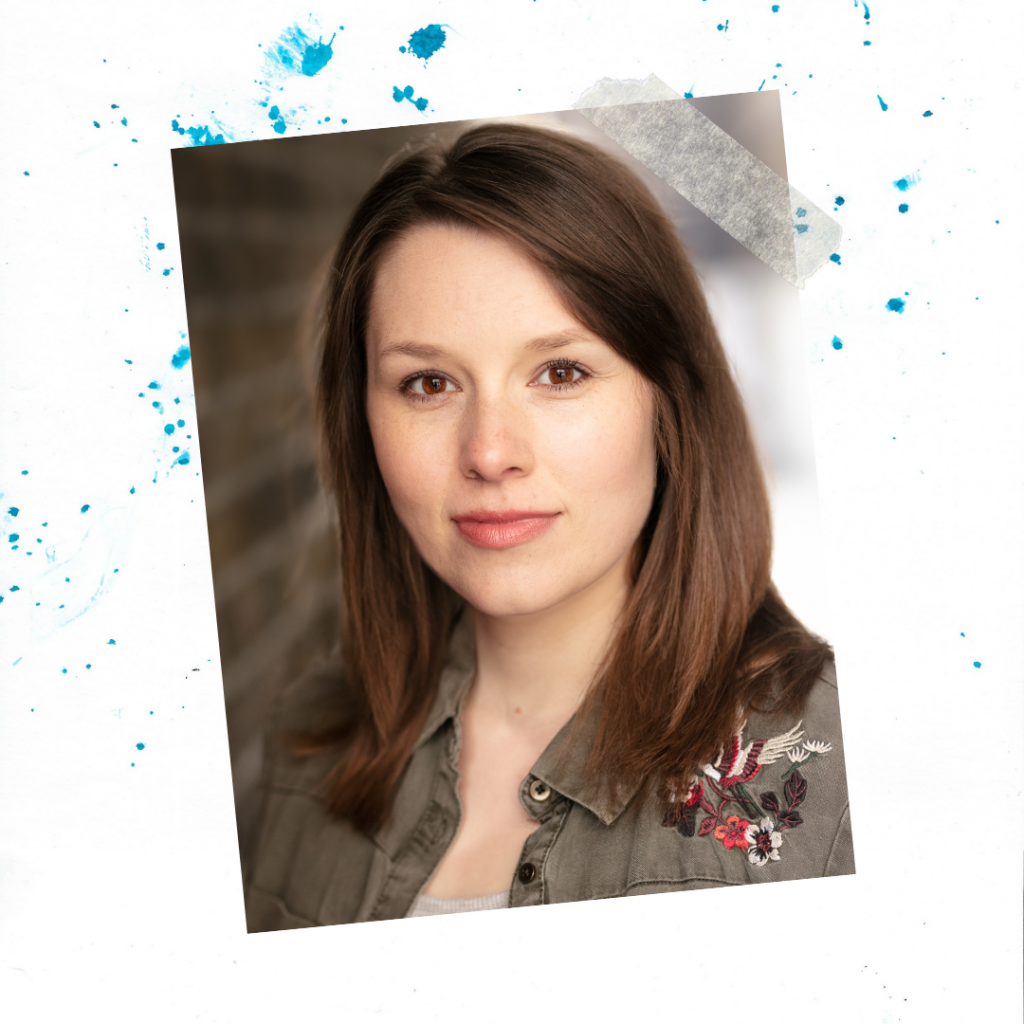 Jane Crawshaw is an actor, director, producer, theatre-maker and puppeteer, originally from Grimsby.

Jane also runs award-winning East Lindsey-based puppetry company Barmpot Theatre, whose shows include Nature Elly and To The Moon and Back, which were both finalists for the Off West End 2021 Offiette awards. 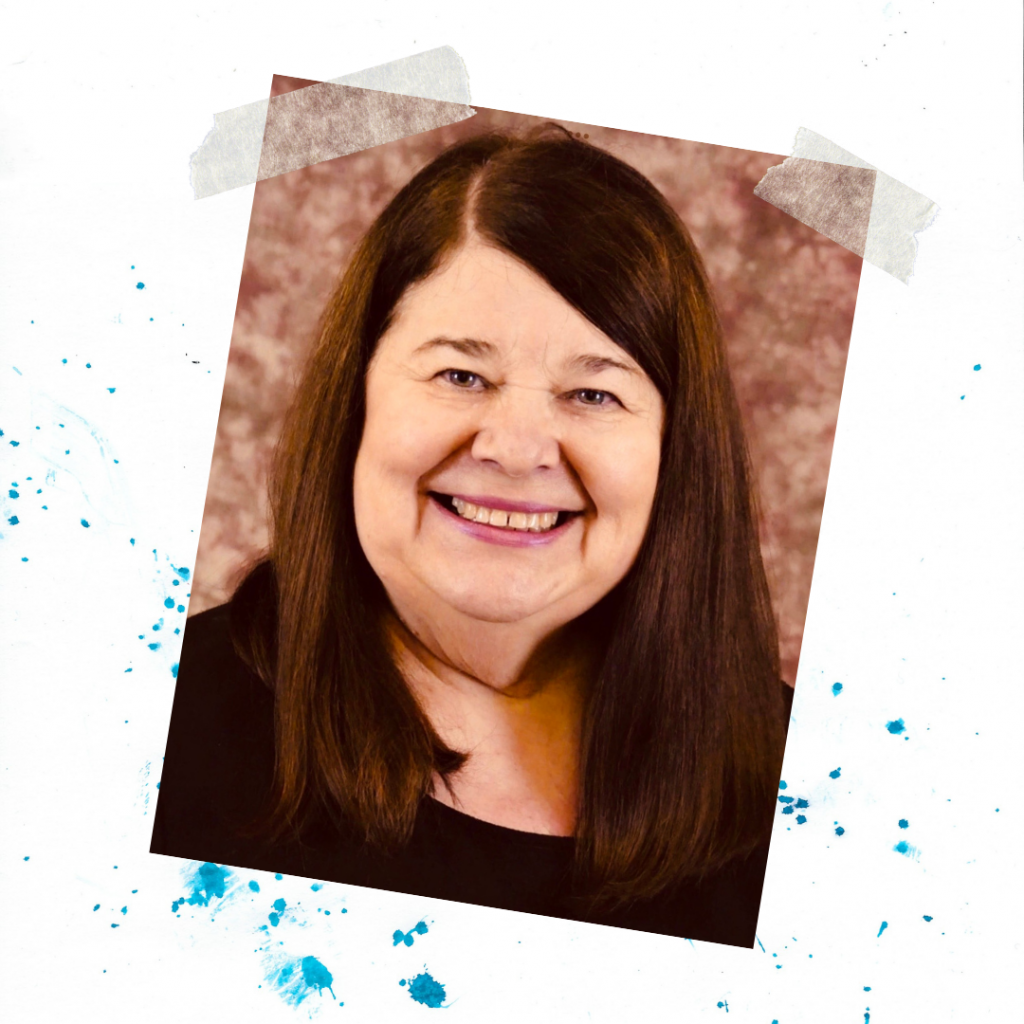 In 2002 at the age of 52 she became a professional actress, went on first tour with Chaplins Pantos and became an Equity member, also signed with her first London Agent. Chaplins invited her to tour with them again in 2003.

She loves reading & recording scripts and would happily do that every day, becoming any character, no matter about age or looks, and no lines to learn!!!

Jeannine read stories to her Infant pupils every single day of her teaching career, which was about 40 years as she continued supply teaching  for a few years after becoming a professional actress. 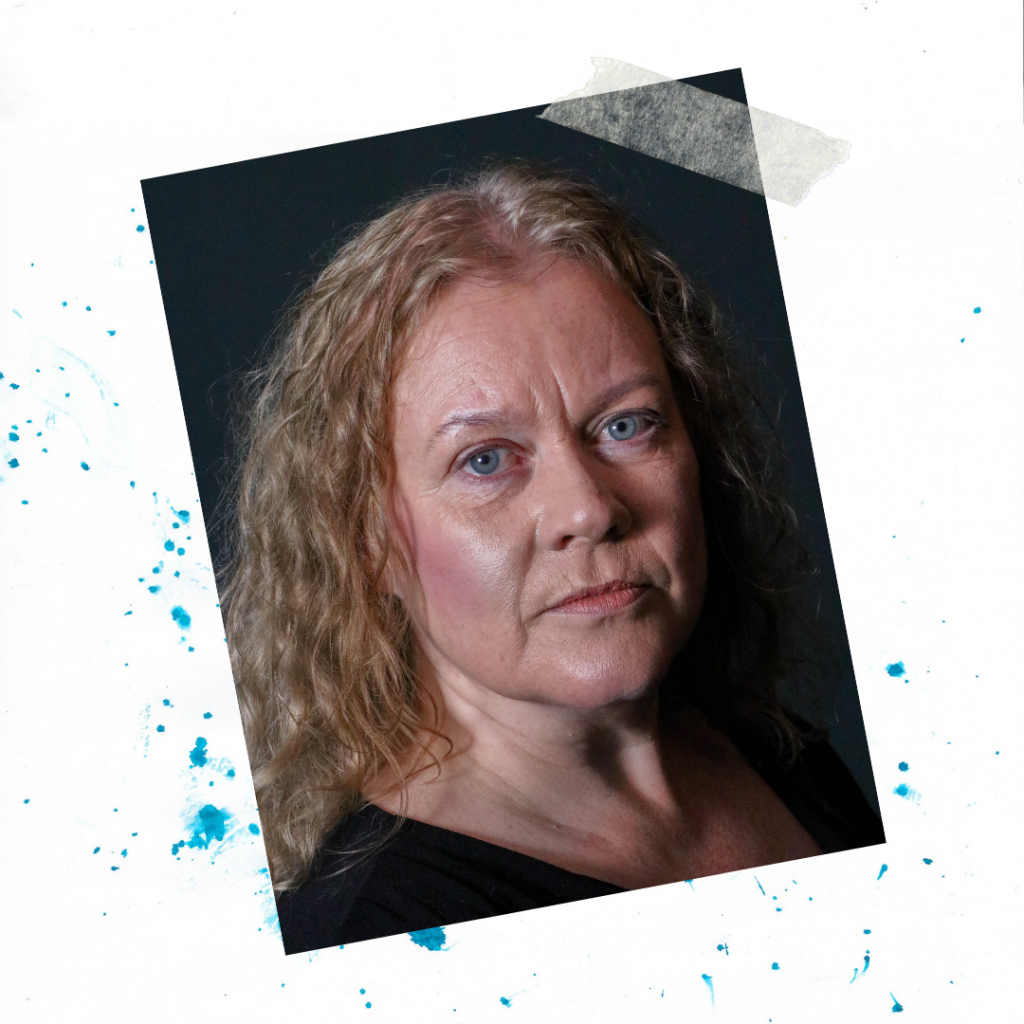 Karen Hunter is a Lincolnshire based actress who graduated from East 15 Acting School. Since graduation she has performed in many plays, tours, and short films throughout the UK including Sarah Good in ‘The Crucible’ and, most recently, as pub landlady Jenny in the short film ‘After Hours’.

Karen is currently filming in Lincolnshire and is looking forward to starting rehearsals for ‘The Importance of Being Earnest’ where she will be playing the role of Miss Prism in a short tour around Salisbury.

Karen is delighted to be a part of this Audio Tales project for Magna Vitae, as she is interested in the promotion of Lincolnshire’s areas of outstanding natural beauty. She has enjoyed walking along our local beaches and woodland for many years. 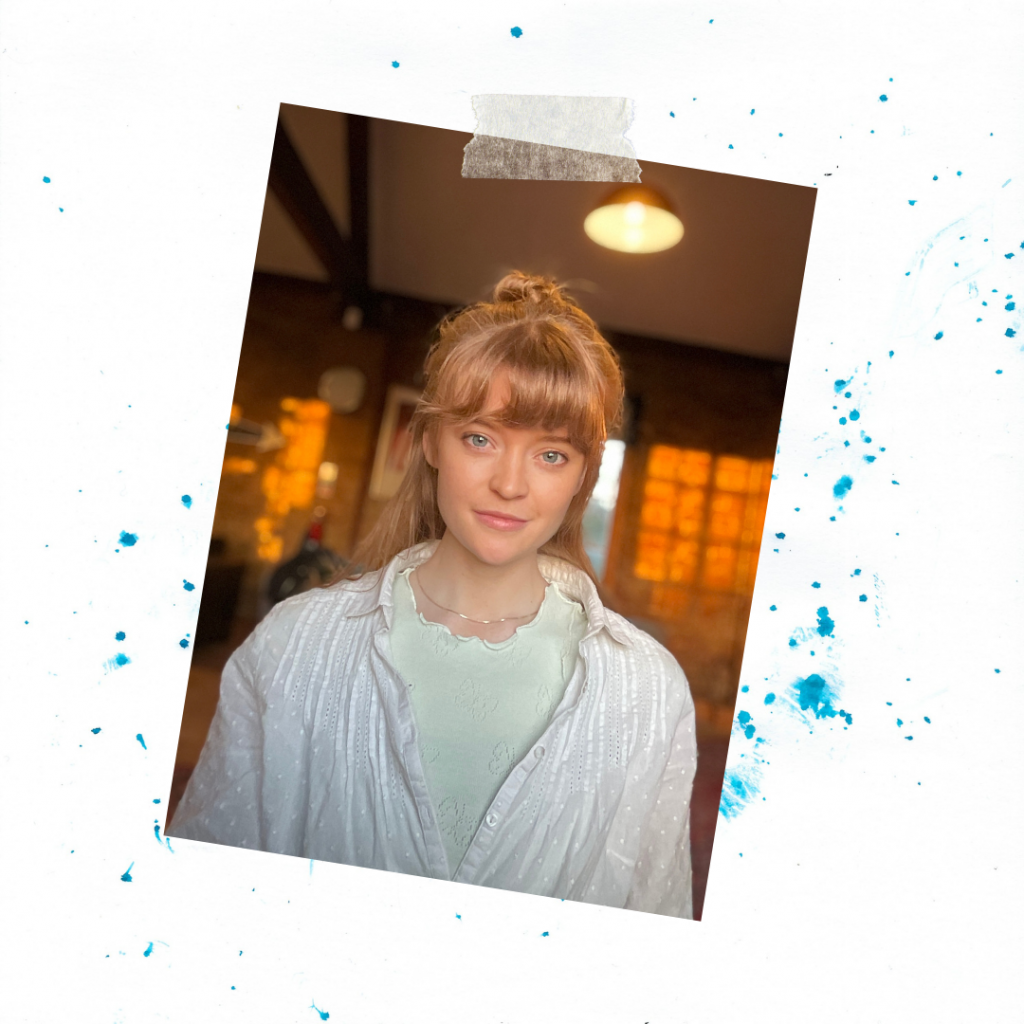 Recent graduate of an MA in Live Event Design, Maisie is entering the structureless world of freelance work. From acting and performing, to making and designing, Maisie works as an Artist in the extensive creative industry.

Currently she is working with Netflix as a Stand-in on a sci-fi drama series, with Chronic Insanity as the Costume and Prop designer for an SCP immersive theatre show, and as a researcher for The Create_Space Project, collaborating with other artists through the medium of Virtual Reality.

With a passion for contemporary dance, crafting and painting, Maisie looks to create artwork that impacts audiences emotively, and that triggers that notion of individual reflection and evolution.

This is her first time in the recording studio, and she claims the best part about performing was working alongside inspiring, talented souls. 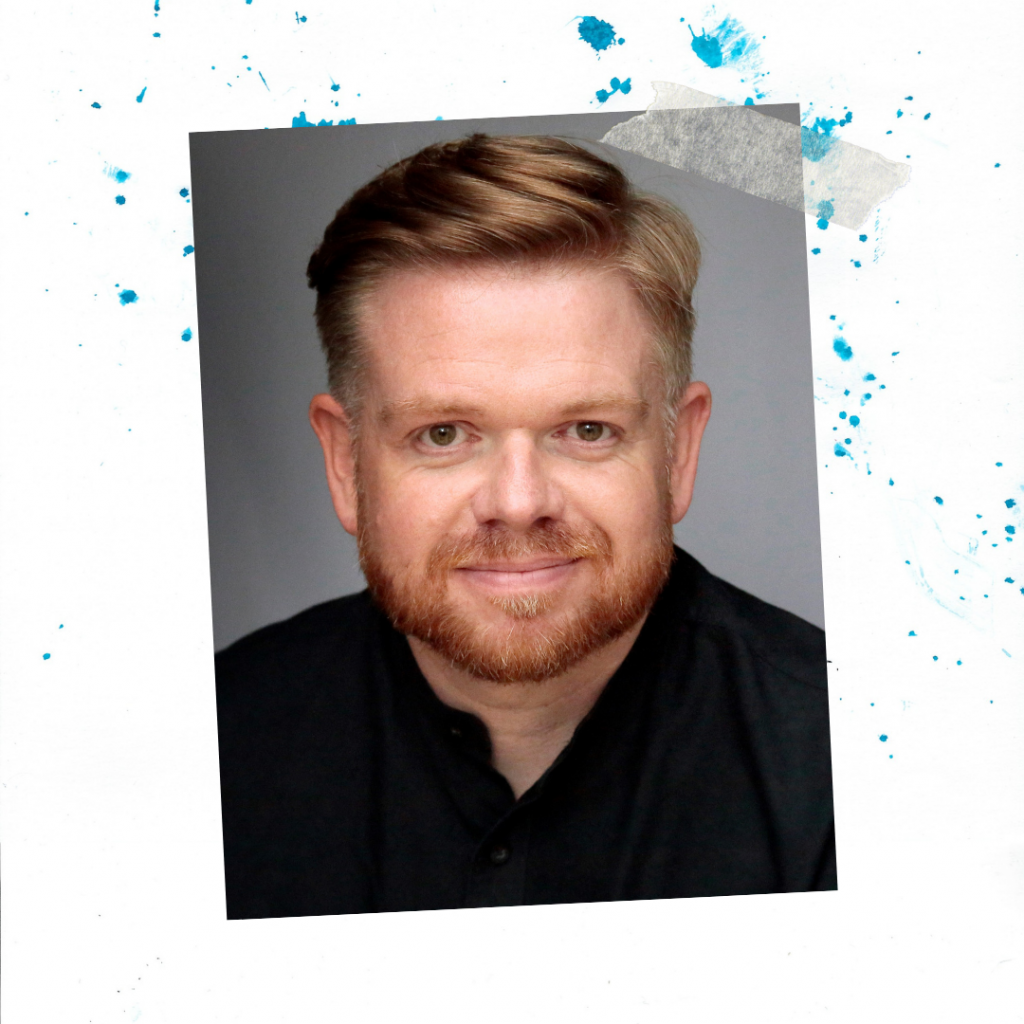 Marcus can also be seen in the upcoming miniseries Jonas & Jacinta and in the docudrama Morningstar. 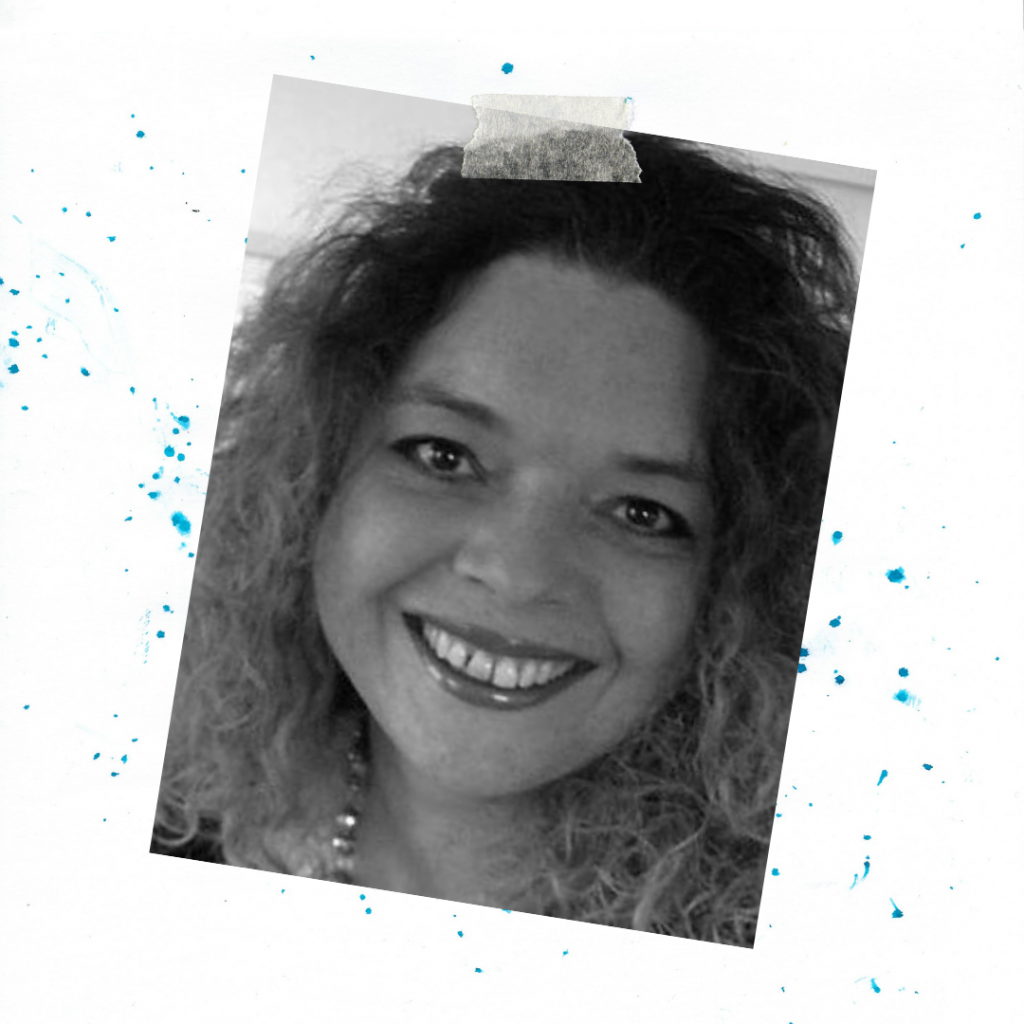 Maria has worked as a drama teacher, actor, and director for over 30 years. Her first love is directing, and she has directed stage shows, open-air performances, short films, and radio plays in a community and professional capacity for both youth and adult actors. She has also acted in numerous stage productions and had various TV appearances along the way.

Maria is hugely passionate about the use of drama in education for all age groups and abilities. She specialises in giving children and adults the opportunity to grow and develop their confidence, teamwork, and communication skills through practical theatre training. 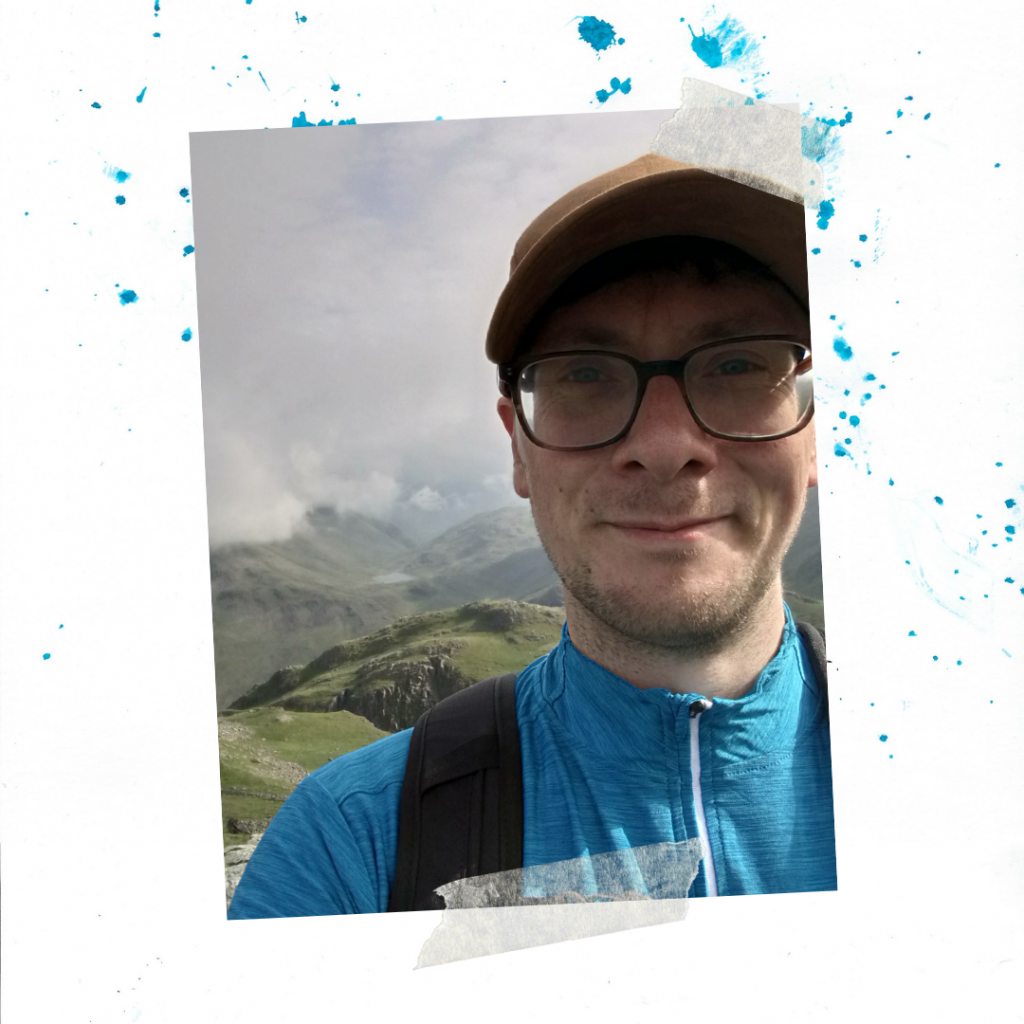 Martyn Bignell has been a performer and theatre maker based in Lincolnshire for many years. He has performed and collaborated with theatre companies such as Zest Theatre, Egg Box Theatre and Casson & Friends.

Recently, Martyn has moved away from performing and worked as a Participation Officer for the arts organisation Lincolnshire One Venues. He currently works as a Community Development Officer for YMCA Lincolnshire. 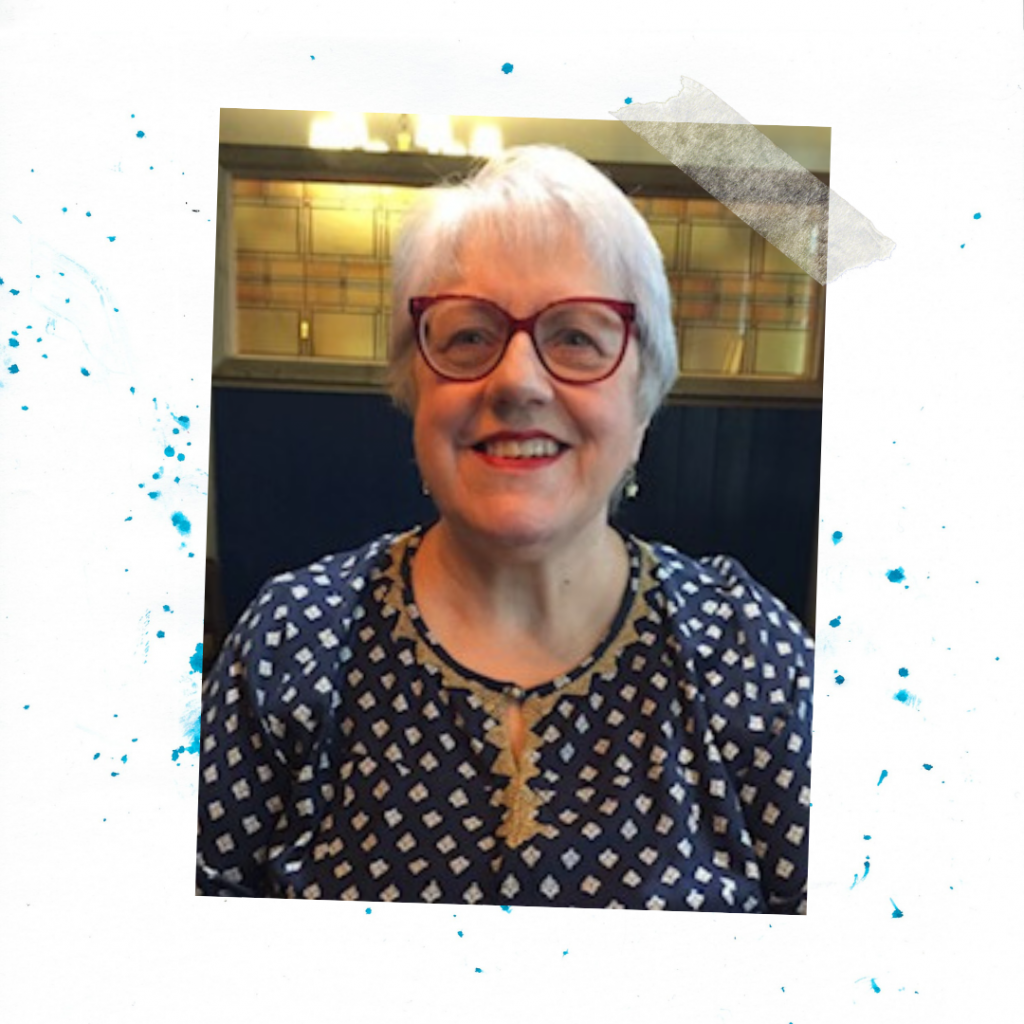 I have now been retired since October 2011. I worked in the Lincolnshire Registration service for 32 years, my final role being as Superintendent Registrar for the County of Lincolnshire.

From 1969 to the present day, I have been an acting and active member of Sleaford Little Theatre and have appeared in over 60 plays – too numerous to mention by name but in recent years, I have been particularly proud of my performance as Lady Bracknell in The Importance of Being Earnest and performing as the Lady of Letters in the Alan Bennett Talking Heads monologues. I also served as chairman for 11 years and I have directed plays for the society as well.

During lockdown, I did several voice performances that were broadcast on our local radio, as the narrator in Alice in Wonderland and Captain Ruby Barracuda in Polly Perkins and the Lost Treasure of Captain Crabfoot. I was in two further productions and also wrote and performed my own monologue called A Suitable Distance. I am delighted that I was given a chance to perform this on stage this March at Sleaford Playhouse, the home of Sleaford Little Theatre.

My other love is singing and I belong to two local community choirs – Heckington Singers and Take Note Choir. 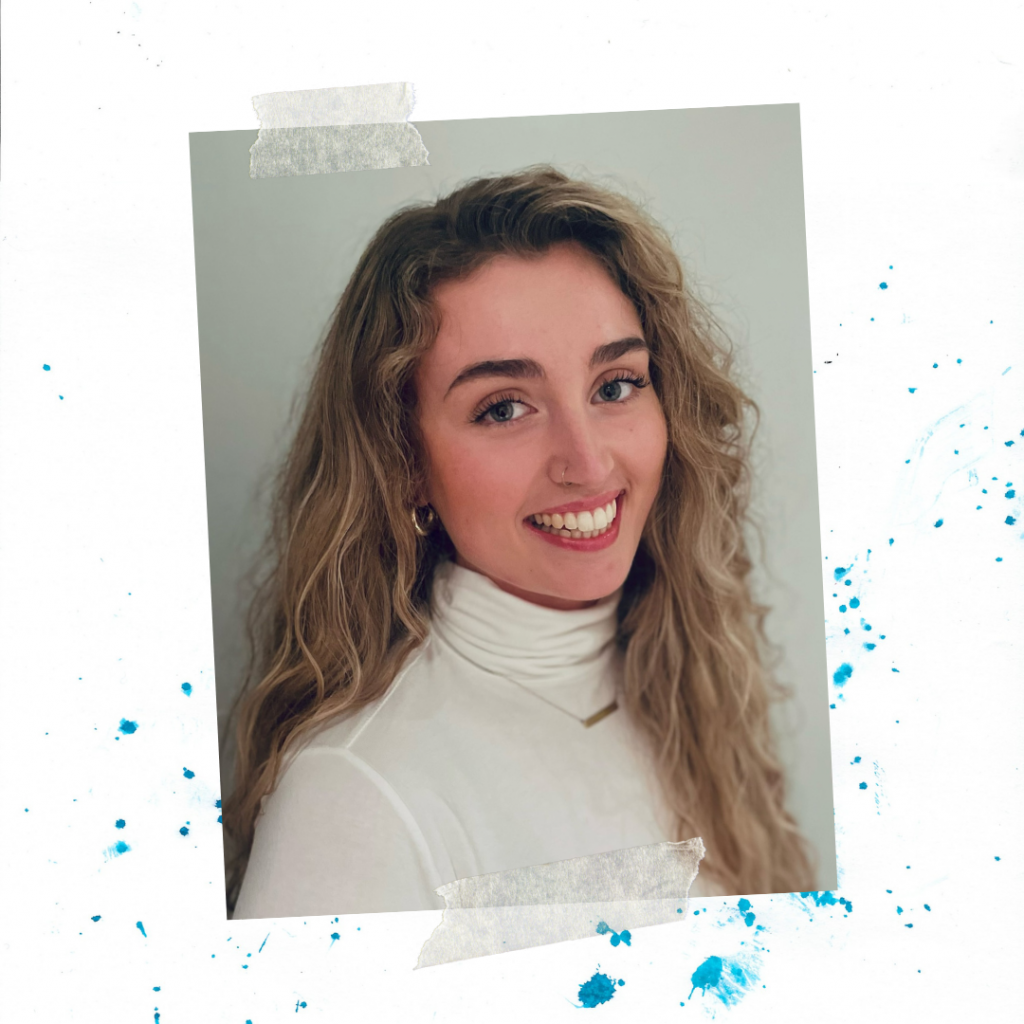 As a freelance creative, actress, and costumier based in the East Midlands, Saffiah is currently the Creative Theatre Director at Rand Farm Park. Specialising in musical theatre, walkabout theatre, physical theatre and theatre for young audiences, she devises for, performs in, and costumes seasonal events in Lincolnshire.

Having previously worked with the Lincoln Performing Arts Centre, Different Light Collective and theatre companies including Zest Theatre, Egg Box Theatre, and Rhubarb Theatre, she is passionate about the variety of works that she is able to produce and perform in, particularly those which are targeted at involving hard-to-reach groups.

Additionally taking on the role of a support worker for adults with special needs and learning disabilities at Home From Home Care, Saffiah strives to increase creative engagement for the individuals she supports. 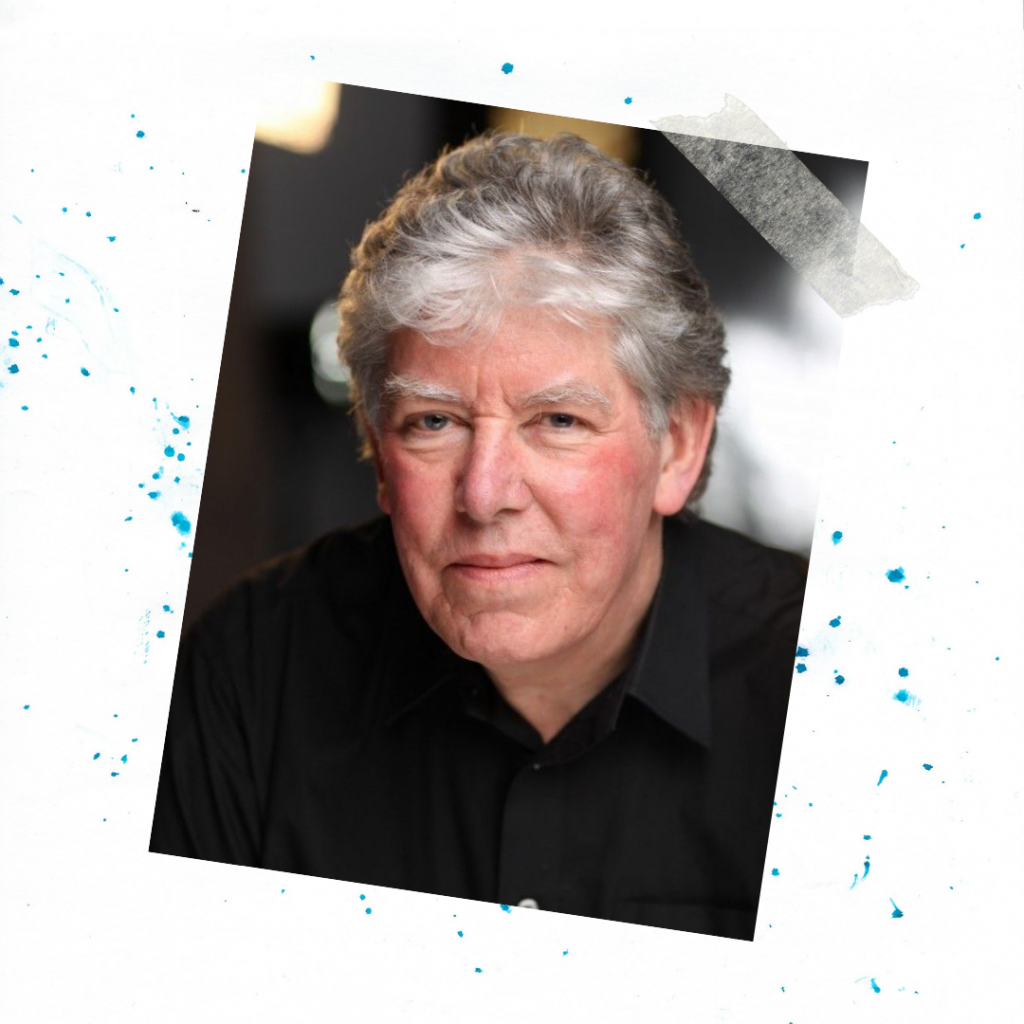 Stephen Holloway’s background as a voice actor is principally that of an operatic singer. He studied singing at the Guildhall School of Music and Drama and at the Britten-Pears School.  His operatic work has included roles and covers for Scottish Opera, English National Opera. English Touring Opera, Covent Garden Festival, Royal Opera House, European Chamber Opera, Chelsea Opera Group, New Sussex Opera and many others.

In 2018 Stephen commenced his spoken voice work with an audiobook narration of ‘The Brodsky Affair’ by Ken Fry. This was made available via Audible, and was critically acclaimed. A number of further audiobooks followed, including several by Ken Fry. Further examples of his audio work can be found on his YouTube channel and his website.